Pretty much everyone who has ever used Safari well knows that this platform is the top dog when it comes to eating up memory. Say what you will, but it really must be the most leaking browser platform there is. In this regard Safari 5 is no different from Safari 4 and all the fancy features that were added don't make up for the memory failures.

If you already know what's new in Safari 5, proceed to the cons.

This new feature is particularly good in cases in which the site doesn't provide print stylesheet and you'd like to have a nice simplistic print-out. For an article on a blog, it would look like this: 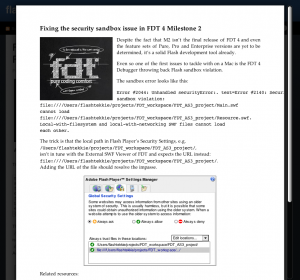 If you accidentally closed a tab and would like to get it back on Cmd + Z will help you out.

With websites still using the target=_blank property of anchors to pop up new windows, this makes absolute sense to convert all these pop-ups to tabs like other browsers have done for quite some time now. Under Preferences > Tags > Open pages in tabs instead of windows you now have the option.

Address field now makes suggestions like the other browsers (Firefox) did it ages ago.

It's not certain if the competition from Android is to blame, but Yahoo and Bing search engines have appeared in Safari 5:

Safari's speed has improved quite a lot. Whilst Apple's speed charts are regularly arguable, it's indeed faster than the latest Google Chrome 5 for Mac. Mozilla's Firefox doesn't even come close not to mention Internet Explorer that has been excluded from various browser speed charts at all.

As we know the only browser that didn't get hacked at Pwn2Own was Google Chrome. Safari was 2nd to fall after Internet Explorer despite the fact that it shares the same WebKit rendering engine with Chrome, but obviously a security layer has little to do with the engine. Apple claims to have patched lots of related security issues.

Just shortly after Safari 5 launch, quite a few new extensions were announced by 3rd parties, e.g. Send to Tweetie and Send to LittleSnapper (look for a link below).

The important remark here is that HTML5 is something that is there thanks to the WebKit community not Apple alone. The general crowd may be under impression that Apple is the only HTML5 forerunner there is, but quite frankly, WebKit contribution is by Apple, Google, RIM, Nokia, Igalia and a number of open-source enthusiasts altogether.

Since the current memory management in Safari is simply horrific and it hasn't improved, WebKit2 is something that should have been there in Safari 5. WebKit2 is a new API layer for WebKit designed from the ground up to support a split process model, very much like Google has in Chrome but at the core of it.

Greater speed is great, but has no use if the application is leaking and it is leaking quite badly. WebKit2 would have resolved it, but now it's open for even more memory to be entering the black hole.

To prove a point, here's the case just a day after running Safari 5 for production use: at approximately 300 MB of memory usage, Safari was left running and the Mac was put to sleep. The active tab of the browser had front page of FIFA running with extensive jQuery, stuff that Apple actively promotes instead of the Flash Platform. After some 12 hours it was barely possible to wake the Mac up. Once it recovered, the reason of the hang revealed itself - Safari had eaten up all free memory:

Last month few reports entered WebKit Bugzilla claiming that Google Analytics (bug no 39023) and Google Wave (bug no 39249) were broken. Reviewers at WebKit soon acknowledged the issues were already addressed and patched. None of these patches related to Google made it into Safari 5.

With Safari 5 Apple went down the path of adding new features without patching what critically affects UX/workflow of many. Not a worthy approach by any software development concept.

UPDATE 16.06.2010: fixes to the above-mentioned Google cloud bugs have landed in Mac OS 10.6.4 update and the latest WebKit nightly.